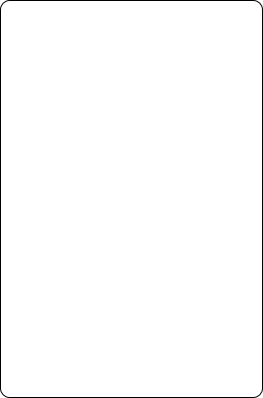 The shape of things to come.

issues of the weekly WftW

- Introduction of the VARIOUS   series with articles not directly

within the scoop of WftW

- The Origin of WftW.

- Due to the increasing number

of Amendments which do not

fit between the inside cover and

away lines will be discontinued.

You may reach me by e-mail at the following address:

Greetings from Ottersum in the Netherlands, and welcome to the home page of Louis Meulstee, PA0PCR, the author and editor of the WIRELESS FOR THE WARRIOR (commonly referred to as WftW) range of books devoted to the technical history and development of British Army wireless (radio..) communication. On this web site you will find basic technical descriptions and photographs and drawings of radio sets once used in the British Army. In addition there are posted various other topics for example line telegraph equipment (the Fullerphone), Air-Sea rescue sets (‘Gibson Girl’), H.A.C. Short-Wave Products kits, a gallery with mainly British WW2 radios, and more. The background colour of the pages on this site is not taken

at random but matches the colour of British Army radio equipment in the early World War 2 period.

Recent changes to the site.

The WftW web site was first launched in 1998 with the HTML resources of that period, build and maintained with the now obsolete and discontinued ‘HomeSite-5’ HTML editor, which eventually became quite difficult to run in Windows 7. Because the WftW site had grown considerably over the years, the maintenance and adding new content became a tedious and

time-taking matter. Being a user of the Serif PagePlus X8 desk top publishing program, I decided to move to Serif WebPlus X8 as this companion program would provide much flexibility in maintaining a website and setup of new pages.

I retained as much as possible the original site’s general layout and simplicity of navigating through the pages, avoiding gadgets and irritating pop-ups. A number of the illustrations, produced with a first generation digital camera and scanner from the mid 1990s were changed by newly taken photos or enhanced with the aid of the invaluable Adobe Photoshop software. In order to reduce the number of pages, and avoiding duplication in the information, the ‘sets’ and ‘sets image directories’ have been combined, including the Russian sets previously posted in the Gallery.

Changes and simplification of the Home Page.

Minor changes in the layout were carried out in October 2019 in order to reduce the loading time of the Home Page. It also avoided the rather strong emphasis on the WftW books which are now brought together on the WftW Books tab.

A large proportion of photos on this site were taken by myself, in most cases from borrowed equipment. Taken in the late 1990s, the resolution and quality of the majority of photos on this site is rather low. I intend to redo these photos, time permitting. Any updates will be announced on the ‘What’s New’ page.

Full permission was obtained of the use of the other photos on this site. However, from a number of photos the source was not traceable; I am therefore grateful to receive information on possible copyright material which was not previously acknowledged and

pleased to add the name or organisation of the original owner of these photos.

It is to my opinion not practicable to bar copying or to spoil a photo with an ugly watermark, let alone explicitly forbid the use elsewhere of my photos. As a rule I have no objection to the use of my photos, but I would very much appreciate if at least the source is mentioned (for example: ‘photo by www.wftw.nl’) or to contact me. In most cases I can provide photos of a higher resolution.

Photographs on this Web Site.